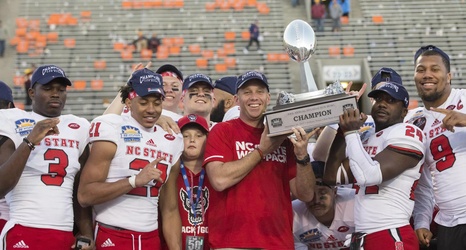 The ACC announced Thursday that it has finalized a new six-year bowl lineup, which begins in 2020 and runs through 2025. The changes are not dramatic, but they are definitely for the better. Namely, you can say goodbye to those bowl games in Detroit and Shreveport.

Say hello to the Holiday Bowl (yay!) and a yet-to-be-named bowl game that will be played annually at Fenway Park. Trading Detroit and Shreveport for Boston and San Diego is a win, I’d say. Additionally, ACC teams will play in the Gator Bowl on an annual basis beginning in 2020, rather than on a rotational basis.