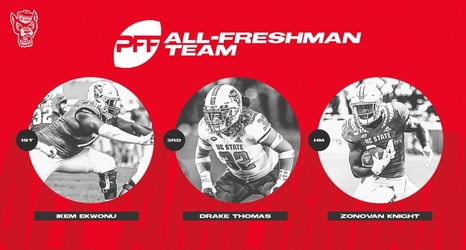 NC State quarterbacks will not have to worry about their blindside for years to come, as Ekwonu shined in his first season and will only improve from here. The left tackle did not allow a single sack in 369 pass-blocking snaps and conceded a pressure rate of 4.6%, which ranks fourth among freshman offensive tackles with at least 100 snaps played.