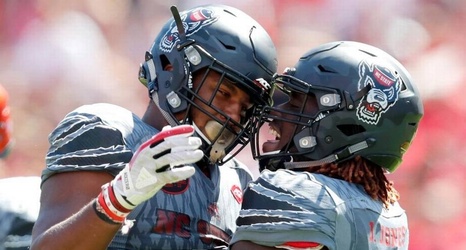 Tuffy has been on N.C. State’s white helmets, the gray ones and he will be on the black helmets on Thursday night. His black eyes, white fangs and red hat are also painted at midfield at Carter-Finley Stadium.

N.C. State coach Dave Doeren is on “Team Tuffy” for a good reason.

“If we win, I guarantee we will wear it the next week,” N.C. State coach Dave Doeren said. “I’m very superstitious.”

N.C. State has won four straight games and enters Thursday’s game with Louisville at 2-0 in the ACC for the first time since 2006.