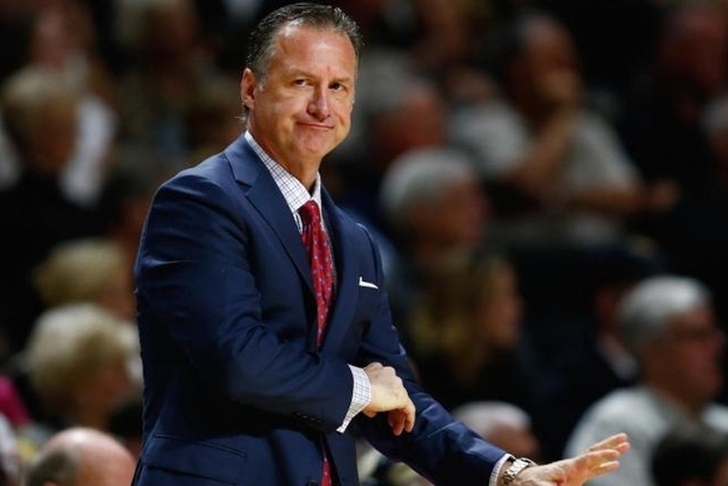 The NC State Wolfpack have fired head basketball coach Mark Gottfried, the school announced. Gottfried will be allowed to coach out the rest of the season.

"Mark and I met today to discuss the future direction of our program," athletics director Debbie Yow said in a release. "While it has long been my practice to evaluate the body of work at season's end, in reviewing the overall direction of our program, we believe a change in leadership is necessary moving forward. Our focus now remains on supporting our student-athletes and staff over the final weeks of our season."

Gottfried is in his sixth season as NC State's head coach. He led the Wolfpack to the NCAA Tournament in each of his first four seasons with the program, including two appearances in the Sweet 16.

However, the program has struggled mightily over the past two years despite having good talent. NC State went 16-17 last season despite having All-ACC point guard Anthony "Cat" Barber leading the way, and are just 14-13 this year (including 3-11 in the ACC) with projected top 10 pick Dennis Smith Jr.

"It has been a privilege to serve as head coach of NC State, and I'm proud of what we have accomplished during my time here," Gottfried said. "NC State is a special place and I appreciate the opportunity to finish the remainder of the season."

This news comes on the heels of three straight blowout losses for the Wolfpack, including a 97-73 home loss to North Carolina on Wednesday night. NC State also suffered a 88-58 loss to Wake Forest on Saturday, and during the game, Smith took himself out of the game and forward BeeJay Anya threatened to fight. That was the final straw that showed that Gottfried had lost control of the program.

Gottfried current has a record of 122-82 at NC State and had three years and $2.3 million left on his deal.