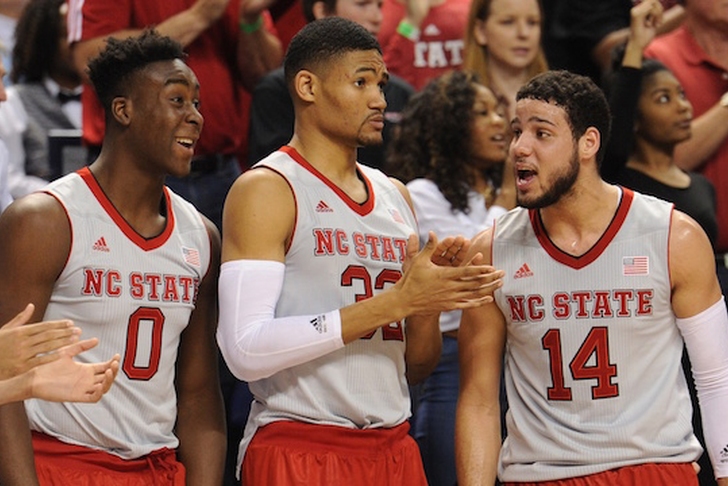 The NC State Wolfpack had an up-and-down season in the ACC, but big wins over Duke, Louisville, and North Carolina solidified their berth in the NCAA Tournament.

"Cat" Barber is one of the fastest players in the country, and his ability to get out in transition and beat defenders off the dribble is key to NC State's success. He's inconsistent, but when Barber is playing at the top of his game, the Wolfpack are capable of beating anybody in the country.

NC State ranks among the top 20 teams in blocks per game, thanks in large part to the play of Beejay Anya. The 6'9", 300-pounder has a 7'9" wingspan, and comes off the bench to average 2.6 blocks per game.

NC State is a solid defensive team, but they don't apply a lot of pressure to their opponents, and don't force a lot of turnovers as a result. The Wolfpack rank just 346th (out of 351 teams) in steals per game (4.0), and number that will have to increase if they want to make a run through the tournament.

The Wolfpack have had a lot of success in the NCAA Tournament since head coach Mark Gottfried took over a few seasons ago, and while they might get one win, they won't advance to the Sweet 16.

Follow our NC State Wolfpack team page for all the latest Pack news and rumors!