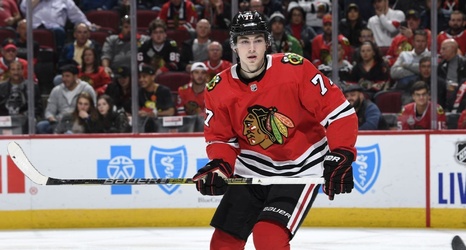 After the Chicago Blackhawks drafted Kirby Dach at No. 3 overall in June, the 18-year-old visited Chicago. Dach met a few of his future teammates, including veteran defenseman Brent Seabrook. Dach and Seabrook talked about growing up in Western Canada and transitioning to a new life in the NHL, and Chicago. As the season grew closer, Dach asked Seabrook something bold: "Can I live with you?"