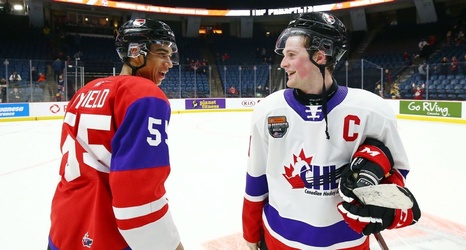 The NHL draft by its very nature is all about comparison. How one player compares to another ultimately decides a team's draft board. And in the 2020 NHL draft, the gap between the top two prospects and the rest of the class is fairly substantial. Alexis Lafreniere and Quinton Byfield project favorably to being All-Star-level players for the bulk of their careers.

But how do those two talents stack up -- based on my own evaluations -- against the top two picks from the previous four drafts, dating back to the Auston Matthews 2016 class?