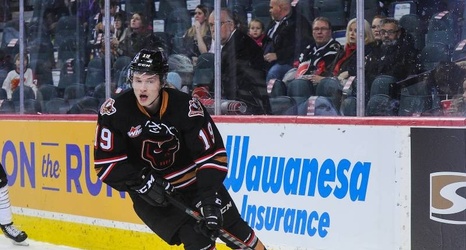 Getting picked by the Vancouver Canucks in the 2019 NHL entry draft as a 19-year-old is one thing, but Carson Focht now has another accomplishment on his resume.

Being Mr. Teddy Bear 2019 for the Calgary Hitmen.

Focht scored the goal in the Western Hockey League game against the rival Red Deer Rebels on Sunday that sent thousands of stuffed animals onto the ice of the Scotiabank Saddledome: