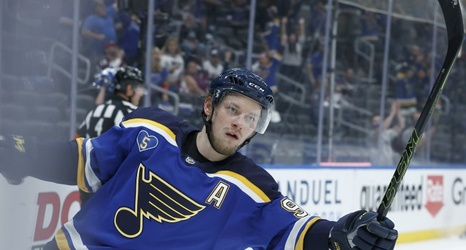 After nine seasons with the St. Louis Blues, Vladimir Tarasenko could be on the move this summer. Daily Faceoff's Frank Seravalli reported Tuesday the club is exploring a trade for the 29-year-old right winger.

His second and third shoulder surgeries, however, limited Tarasenko to just 34 regular-season games over the past two seasons.