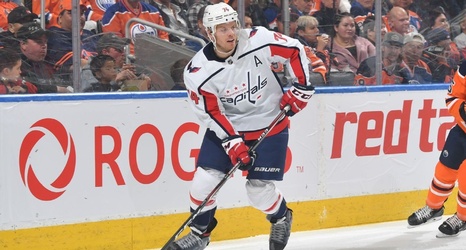 Alex Ovechkin doesn't just believe his team's No. 1 defenseman, John Carlson, should win his first Norris Trophy. The Washington Capitals captain kicked off an all-out blitz campaign as the team toured Western Canada this week. It began with Ovechkin declaring, in Calgary, that he had a preferred hashtag: #Johnny4Norris.

It continued in Edmonton, when a reporter began asking a question about Carlson.