The NHL's best and worst this week: How Philly took flight in November 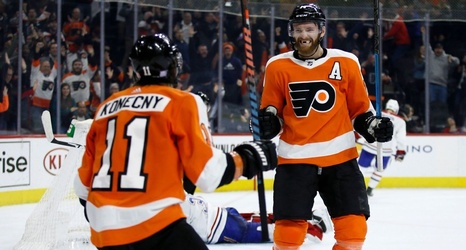 The calendar has flipped to December, but few teams in the NHL had a better November than the Philadelphia Flyers, who picked up points in 14 of their 16 games (10 wins) for a league-high 24 points. That tied a franchise record for most November points and put the Flyers squarely in third place in the Metropolitan Division.

Give credit to GM Chuck Fletcher, who was hired exactly one year ago tomorrow. In his first offseason with the club, Fletcher selected his own coach (he hired longtime NHL vet, Alain Vigneault, previously of the Rangers) and allowed the new staff to implement its own system.