The NHL's best and worst this week: Are new sticks to blame for shot-blocking injuries? 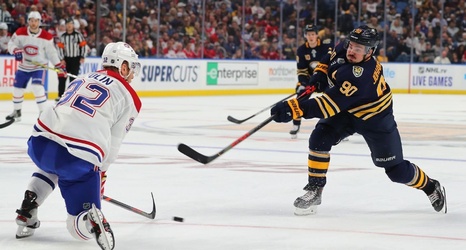 On Thursday night in Montreal, Minnesota Wild forward Joel Eriksson Ek blocked a shot from Canadiens defenseman Shea Weber on the penalty kill. Ek hobbled a bit, but stayed on the ice. He then blocked another shot by Weber. Again, Ek was rattled. He stayed on the ice. And then Ek blocked his third consecutive shot by Weber -- all in one shift. Ek finally was able to limp off, getting a big embrace from teammate Matt Dumba on the bench.

Michael Russo of The Athletic reported that the 22-year-old Ek left the arena in a boot; he'll be out for a week or two.