'The new normal': Why fighting in the NHL has dropped to historic lows 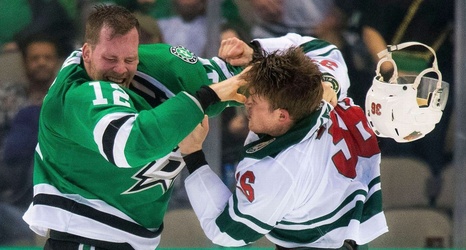 When Daniel Carcillo debuted in the NHL back in 2006-07, the clichés were still intact. The fourth-line goons patrolling the ice for a few minutes per game. The ridiculous and reductive staged brawls for the coliseum crowds. All of those dusty "I went to a fight, and a hockey game broke out!" jokes were still grounded in reality: 384 games featured at least one fighting major that season, or 31.2% of all games.

That NHL doesn't exist anymore when it comes to fisticuffs. In the 2018-19 season, the NHL had fewer than 200 games with a fighting major, marking the first time in the modern era that the total dipped that low.