The Krueger Effect: How new Sabres coach has led turnaround 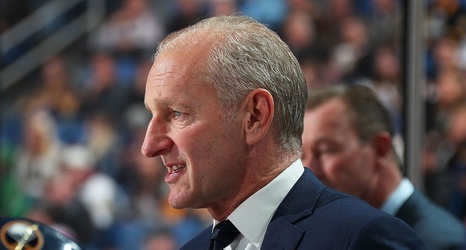 Since entering the NHL in 2008, Kyle Okposo has played for six head coaches. Ralph Krueger is his third one in four seasons with the Buffalo Sabres.

What's different about him?

Krueger, a 60-year-old Canadian who played professional hockey in Germany, became a head coach in Austria and then with the Swiss national team that upset his home and native land in the 2006 Winter Olympics. After a brief stint in the NHL with the Edmonton Oilers, he changed genres, left for the U.