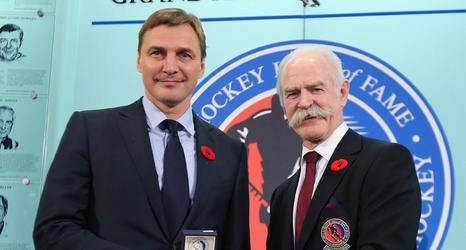 Nicklas Lidstrom is a four-time Stanley Cup champion, seven-time Norris Trophy winner, and an Olympic gold medalist. On Monday, he'll become an honored member of the Hockey Hall of Fame.

He gained respect and admiration from people all over the NHL, and the hockey community at large, during the course of 20 seasons with the Detroit Red Wings.

By Dan Rosen - NHL.com Senior Writer
Hall of Fame inductee Sergei Fedorov is the all-time leading scorer among Russians with 483 goals and 696 assists for 1,179 points in 1,248 NHL games.