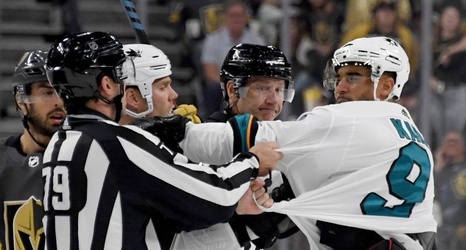 San Jose Sharks winger Evander Kane has received a three-game suspension for his actions against a referee during Sunday's preseason game against the Vegas Golden Knights.

The NHL announced Kane's punishment under Rule 40.4 (Physical Abuse of Officials) when he appeared to shove linesman Kiel Murchison in the third period.