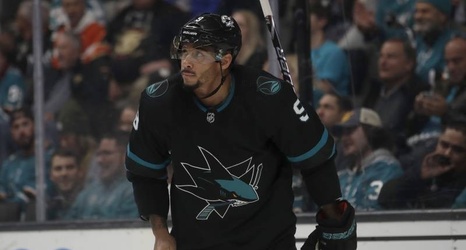 San Jose Sharks winger Evander Kane allegedly owes the Cosmopolitan of Las Vegas $500,000 in unpaid gambling markers first extended to him in April, according to Mick Akers of the Las Vegas Review-Journal.

The casino filed a lawsuit against Kane on Monday and is also suing Kane for legal costs.

Akers' Tuesday report provided additional context on the lawsuit: "The court documents state Kane, who is a Canadian citizen, took out eight credits of varying amounts between $20,000 and $100,000 on or about April 15. That date would have fallen between games 3 and 4 of the Stanley Cup playoff series between the Sharks and the Vegas Golden Knights.