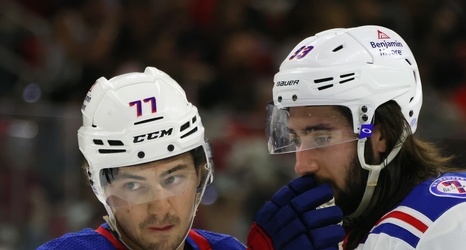 The New York Rangers are now down 2-0 to the Carolina Hurricanes in their second-round playoff matchup following a 2-0 loss Friday at PNC Arena and face an uphill battle when the series shifts to Madison Square Garden on Sunday.

Throughout the game, the Blueshirts were slammed for their struggles on the power play. The team went 0-for-4 with a man advantage and also allowed Hurricanes defenseman Brendan Smith to score a shorthanded goal in the second period.

Smith's goal ended up being the game-winner, though Sebastian Aho added another goal with just two seconds remaining in Game 2 to seal the victory.