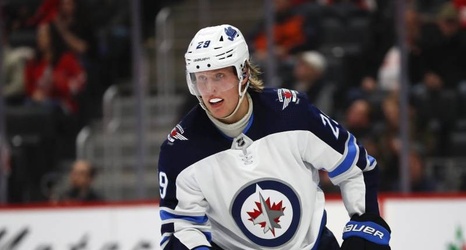 Winnipeg Jets right winger Patrik Laine has been one of the most efficient power-play scorers since he arrived in the NHL in 2016.

The 21-year-old Finn showed that once again Saturday, as he racked up three goals on the man advantage in the Jets' 5-2 victory over the Ottawa Senators.

With the hat trick, Laine reached 50 power-play goals for his career. Only Alex Ovechkin of the Washington Capitals and David Pastrnak of the Boston Bruins have scored more in that situation since 2016, per NHL Public Relations:

Only two players have scored more power-play goals than @PatrikLaine29 (50) since he entered the League in 2016-17.