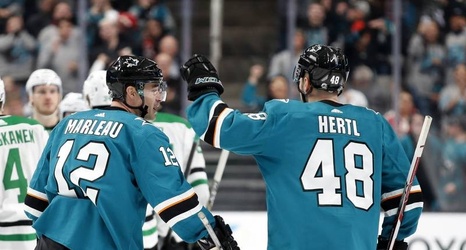 The 40-year-old, who has played in the past four decades, marked his milestone night by scoring what turned out to be the game-winning goal in San Jose's 2-1 win over the Dallas Stars.

The Tampa Bay Lightning made some history of their own Saturday by winning their 10th consecutive game. Jon Cooper's side became the fourth in NHL history to record a double-digit win streak in consecutive seasons, per NHL Public Relations.