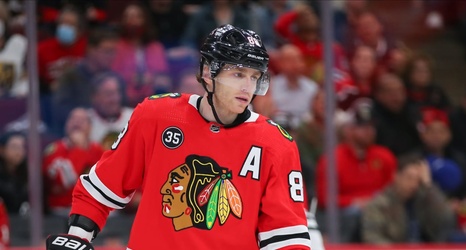 Amid the Chicago Blackhawks' rebuild, nine-time All-Star Patrick Kane's future with the organization is up in the air.

Per TSN's Darren Dreger, Kane's camp is "undecided" about whether or not to ask for a trade request.

This comes after Scott Powers of The Athletic noted on July 11 that last week was "probably" the deadline for Kane to let Blackhawks management know what he wanted to do ahead of the 2022-23 season.

"Even if the Blackhawks would eat a good portion of their cap hits (Kane and Jonathan Toews), there aren’t a lot of teams who are budgeting for those types of additions," Powers wrote.