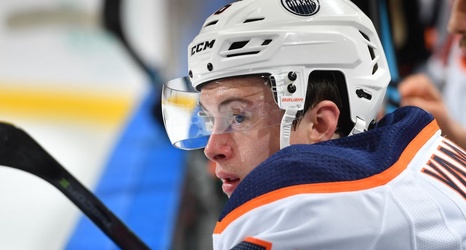 Sportsnet had the footage:

Diana C. Nearhos of the Tampa Bay Times provided some context for the incident:

"Cernak was sitting on Kassian and fellow winger Josh Archibald, which should have been an interference penalty, but is a common move to keep someone (in this case someones) out of the play. Kassian pushed himself free and then aimed the kick at Cernak to get him off Archibald.