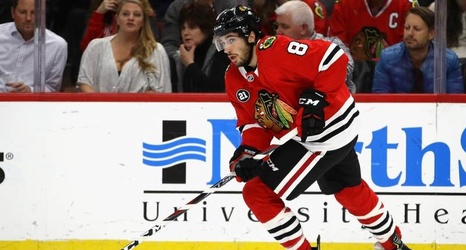 The Chicago Blackhawks traded Nick Schmaltz to the Arizona Coyotes for Dylan Strome and Brendan Perlini, the team announced Sunday.