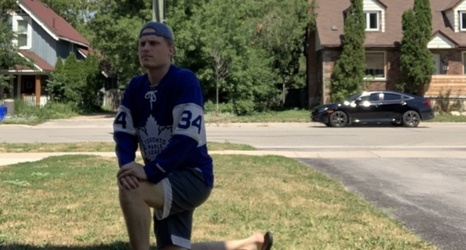 The first day of the Stanley Cup Playoffs qualifying round produced a pair of upsets out of No. 12 seeds.

Chicago barnstormed through Edmonton's defense by scoring six goals to deliver the most surprising result in the Edmonton hub.

Montreal needed overtime to get past Pittsburgh to send shock waves through the Eastern Conference hub in Toronto.

Carolina, Calgary and the New York Islanders all avoided upsets in the first game of their respective best-of-five series.

The other three qualifying round series will open up Sunday, and there will also be a pair of round-robin games that will start to determine the placement of the top four seeds in each conference.