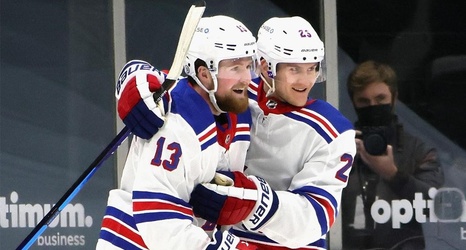 The New York Rangers are the youngest team in the NHL with an average age of 25.8. Last night four players 21 and younger took it to a veteran Islanders team for a 4-1 victory. It wasn’t all about the kids yesterday as two future Hall of Famers continue to dominate the game in Sidney Crosby and Alex Ovechkin.

Youth was served for the Blueshirts as they beat their cross town rivals at Nassau Coliseum. The Islanders are the fourth oldest team in the NHL at 29.1 and it showed against a younger and faster team last night.