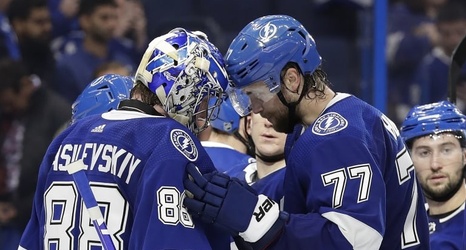 The 2020 Stanley Cup Final is expected to be a defensive grind.

The Dallas Stars did not allow more than three goals in a single game in the Western Conference Final, and they limited the previously free-scoring Vegas Golden Knights to two or fewer tallies in each of their four victories.

The Tampa Bay Lightning were as effective by holding the New York Islanders to one tally in three of their four Eastern Conference Final wins.

The play of both defensive units and goalies Anton Khudobin and Andrei Vasilevskiy could turn Game 1 into a chess match.