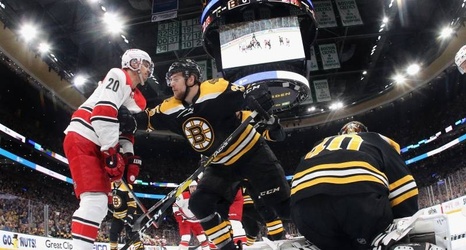 The Boston Bruins are nearing a trip to the Stanley Cup Final, but they'll have to continue playing well against the Carolina Hurricanes to make it.

The Eastern Conference finals are going well for the Bruins, who won the first two games of the series at home. However, the Hurricanes are 5-0 at home this postseason, and they'll be looking to get back into it when Game 3 takes place Tuesday night.

As for the Western Conference finals, the series is tied after the first two games between the San Jose Sharks and St. Louis Blues.