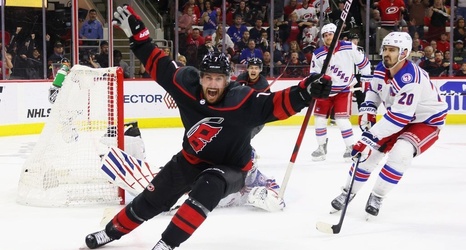 The New York Rangers had relied on their power play to spark them offensively during the regular season and their first-round Stanley Cup playoff win over the Pittsburgh Penguins.

But against the Carolina Hurricanes, the best penalty-killing team in the NHL, they're experiencing a power outage that cost them in Game 2 on Friday night and has them in an 0-2 hole in the series.

The Rangers' power play went 0-for-4 and surrendered the game-winning shorthanded goal to Carolina defenseman Brendan Smith in their 2-0 loss.

"Their power play is so good.