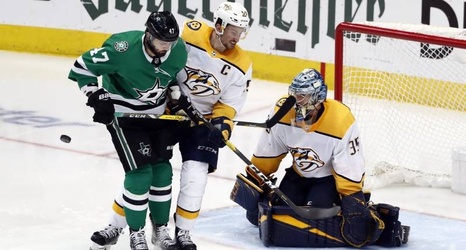 The Dallas Stars and Nashville Predators have released their special edition jerseys for the 2020 NHL Winter Classic, which will be held on New Year's Day at the Cotton Bowl in Dallas.

It's the 12th edition of the outdoor game, which began in 2008 when the Buffalo Sabres hosted the Pittsburgh Penguins. The interest remains sky-high, however, as more than 80,000 tickets were made available to the public in April and sold out in just hours.