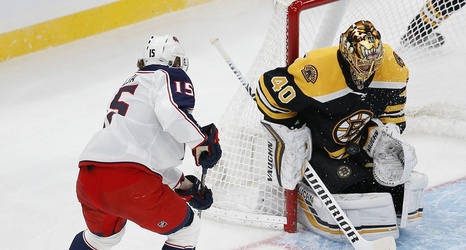 At least for one day, Brad Marchand's Twitter skills were sharper than his shootout skills.

The Boston Bruins star had a Monday night to forget as he skated past the puck in a shootout against the Philadelphia Flyers. Because he touched the puck and it moved marginally forward, Marchand's attempt counted and the Bruins suffered a 6-5 defeat.

The B's, second in the Eastern Conference with 66 points, fell to a woeful 0-7 in shootouts this season.

Lol Brad Marchand. There was an attempt!