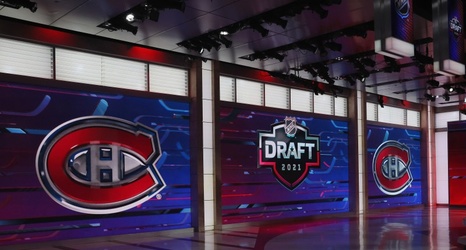 Despite renouncing himself from the 2021 NHL draft, Logan Mailloux was selected in the first round by the Montreal Canadiens.

Mailloux was taken No. 31 overall on Friday night. The Canadiens said in a statement they "are aware of the situation" he's involved in and they are "by no means" minimizing the severity of his actions.

The 18-year-old issued a statement on social media earlier this week asking not to be drafted by any team:

Mailloux's statement came in the wake of a report by Katie Strang and Corey Pronman of The Athletic reporting that he took a photograph of a woman performing a sexual act without her consent and circulated it among some of his teammates.