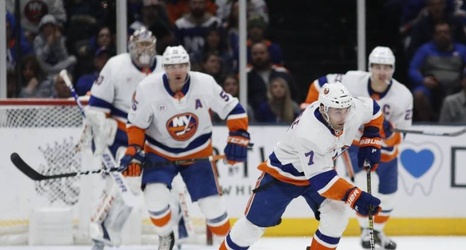 Down 3-1 in the Eastern Conference Final, the Isles forced a Game 6 with a 2-1 victory over the Tampa Bay Lightning on Tuesday.

Game 5 saw a massive rebound from New York after blowing a 1-0 lead on Sunday en route to a 4-1 loss.

Jordan Eberle scored the game-winning goalat 12:30 into the second overtime periodas goaltender Semyon Varlamov came up with 37saves in the victory.

Game 6 between the Isles and Lightning is set for Thursday, September 17 at 8 p.