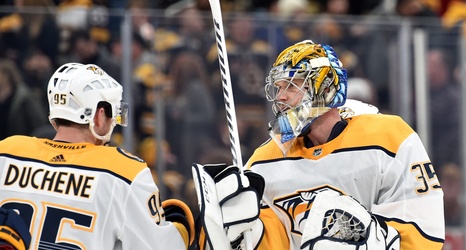 The Nashville Predators have hired John Hynes to take over as head coach in the wake of Peter Laviolette's firing on Monday.

"John Hynes is bright young coach and great leader who has a track record of both effectively developing young players and successfully motivating veterans. We love his coaching resume and are confident that he has learned from every stop during his career, and has the best skill set to get the maximum potential out of our team.