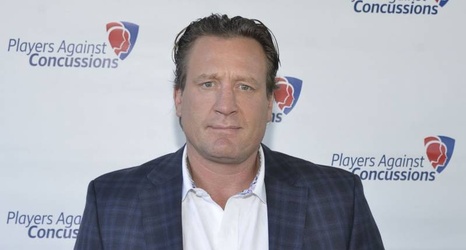 NBC Sports hockey analyst Jeremy Roenick was suspended in December for public remarks made about his co-workers.

On Wednesday, Roenick revealed that his tenure with NBC Sports is over.

NBC Sports has not released information about Roenick's status, although the 20-year NHL veteran's comments seem to imply a dismissal.

Roenick was suspended in response to remarks about NBC sportscaster Kathryn Tappen and NBC analysts Patrick Sharp and Anson Carter on a Dec. 19 episode of Barstool Sports' Spittin' Chiclets podcast.

"Roenick said they went on vacation together because his wife, Tracy, and Tappen are good friends.