Jay Bouwmeester Rushed to Hospital After Collapsing on Blues Bench 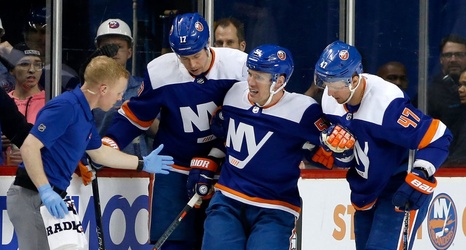 St. Louis Blues defenseman Jay Bouwmeester collapsed on the bench during Tuesday's game against the Anaheim Ducks and was stretchered off.

The Ducks announced: "There was a medical emergency near the Blues bench. A Blues player was taken into the dressing room, and the game is currently delayed."

According to Eric Stephens of The Athletic, someone with NHL security said both teams agreed to postpone the game, which was tied at one in the first period, with "major concern regarding Jay Bouwmeester.