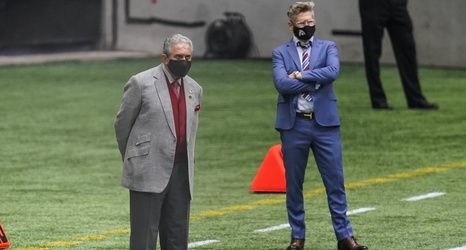 TSN's Bob McKenzie reported Monday that Buffalo Sabres star Jack Eichel may have requested a trade, and the New York Rangers are one of the teams interested in acquiring him.

Eichel's agent attempted to put the rumor to rest when McKenzie inquired about them.

"I hear that trade talk a lot," he said. "Jack wants to win, he's frustrated [not winning] but no, he doesn't want out. Jack is preparing to head to Buffalo at some point here and prepare for the season, whenever that may be. That's all he controls.