Inside Brendan Smith's transition from defenseman to forward 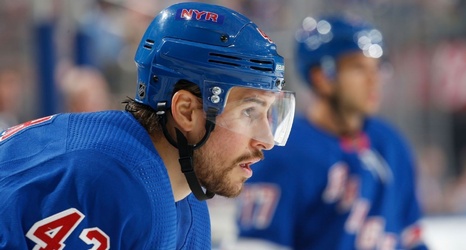 On Brendan Smith's 29th birthday, he thought his time with the New York Rangers was over. And maybe his NHL career, too.

On Feb. 8, 2018, Rangers management sent a letter out to fans signaling a rebuild. Then they put Smith on waivers.

Smith was less than eight months into a four-year, $17.4 million contract, with expectations that he would be a top-four defenseman. But his first full season in New York was a disaster. "Things didn't go well with our team off the bat," Smith said. "We didn't play very well, and I had a very short leash.