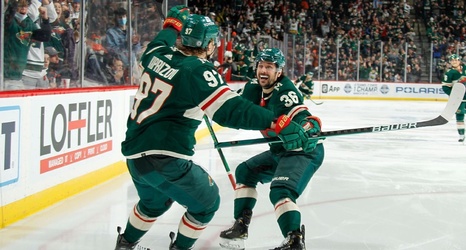 Mike Modano started his Hall of Fame NHL career with the Minnesota North Stars. They were a blast to watch back in the 1980s, with players like Neal Broten and Dino Ciccarelli scoring copious amounts of goals, until Norm Greed ... er, Green ... stole them from the "State of Hockey" and moved them to the Lone Star State.

Modano also played against the Minnesota Wild, the expansion team that succeeded the North Stars and were the antithesis of fire wagon hockey.

"They lulled you to sleep, bogged you down.