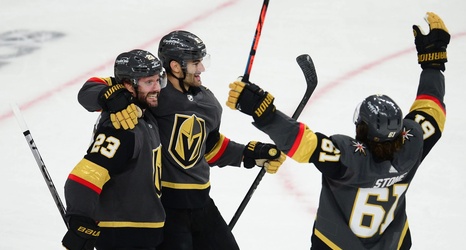 Marc-Andre Fleury made 30 saves and Alex Pietrangelo and Max Pacioretty each had a goal and an assist as the Vegas Golden Knights clinched their West Division second-round playoff series with a 6-3 victory over the Colorado Avalanche in Game 6 on Thursday night in Las Vegas.

The Golden Knights will play the North Division’s Montreal Canadiens in the NHL semifinals, with Game 1 scheduled for Monday in Las Vegas.

It was the 89th career playoff victory for Fleury, moving him past Billy Smith and Ed Belfour into sole possession of fourth place on the all-time postseason wins list.