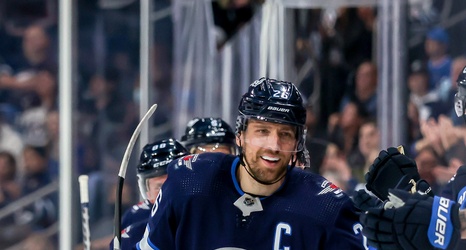 Blake Wheeler has been a member of the Winnipeg Jets franchise for over a decade, but his time with the franchise appears to be coming to a close as it heads into what could be a transformational offseason.

The Daily Faceoff's Frank Seravalli reported that "the Jets have begun to explore the market" on an offseason trade for the 35-year-old forward.

Wheeler likely won't be dealt before July 1 because of the clauses in his contract. Seravalli noted that he has a complete control over a new destination until July 1. After that time, he would have a list of five teams he is willing to accept a deal with.