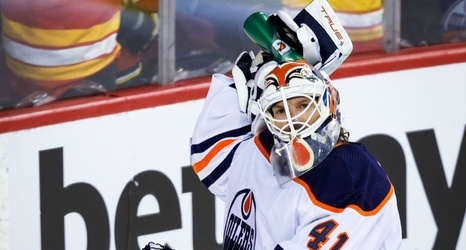 Mike Smith went from hero to zero in the Edmonton Oilers' crease. And now the team's goaltending could be in flux following a 9-6 loss to the Calgary Flames in Game 1 of their second-round Stanley Cup playoff series on Wednesday.

The veteran netminder never even got settled into Wednesday's matchup before Mikko Koskinen was called upon to replace him. Calgary scored two goals on Smith in the game's first 51 seconds -- from Elias Lindholm and Andrew Mangiapane -- to record the fastest scoring start to an NHL playoff game in history.