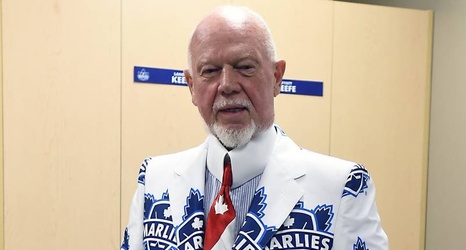 Longtime Hockey Night in Canada commentator Don Cherry said Sportsnet "made it impossible" for him to explain the controversial comments that led to his firing from the network.

The Associated Press (via ESPN) noted Cherry said on the Grapevine podcast he wanted to explain the remarks but was not willing to apologize or accept other conditions set by Sportsnet in order for him to retain his position.

Cherry said the phrase "you people," which was widely viewed as being directed toward immigrants and minorities during a Remembrance Day discussion, were "two little words just seemed to set everybody off.