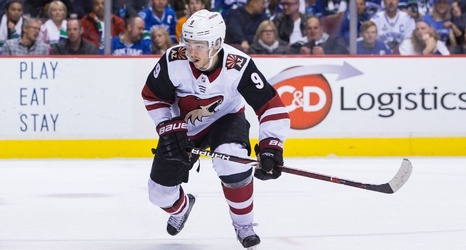 GLENDALE, Ariz. -- The Arizona Coyotes have locked up forward Clayton Keller through the 2027-28 season, signing him to an eight-year contract extension.

The deal announced Wednesday has an average annual salary of $7.15 million.

The 21-year-old Keller led the Coyotes in scoring last season with 14 goals and 33 assists in 82 games. He also joined Dale Hawerchuk and Teemu Selanne as the only players in franchise history to have four separate points streaks of at least six games within the first 100 games of his career.

Keller has 37 goals and 77 assists in 167 career games since Arizona selected him with the seventh overall pick of the 2016 NHL draft.