Calder Trophy Top 5: Who Will Be the NHL's Top Rookie This Season? 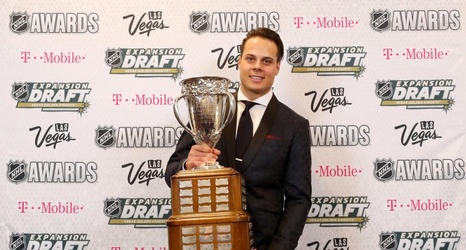 One of the many consequences of the 2004-05 NHL lockout was that the class of players eligible for the 2006 Calder Trophy, given to the league's top rookie, was loaded. The missed season effectively meant that two seasons' worth of rookies were eligible at the same time. Alex Ovechkin won the award over Sidney Crosby, while Henrik Lundqvist, a Vezina Trophy finalist, finished only fourth.

Though the 2022 rookie crop is not nearly as legendary as that 2006 group, there is a similar situation brewing for the upcoming season. The 56-game regular season in 2020-21 meant that a number of players who would have in an 82-game season did not surpass the 25-game maximum to lose rookie status.