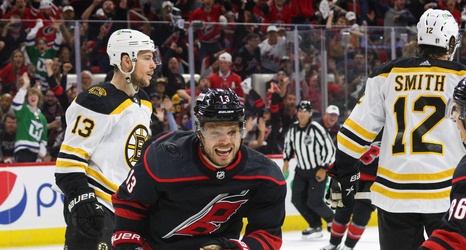 The Boston Bruins are done after losing 3-2 to the Carolina Hurricanes in Game 7 of their first-round Eastern Conference playoff series.

Boston had no answer for Max Domi, who scored a pair of second-period goals and assisted on Teuvo Teravainen's first-period score.

Carolina also held a 3-1 lead for nearly half the game, and the B's failed to record a shot on goal in the second period's final nine minutes.