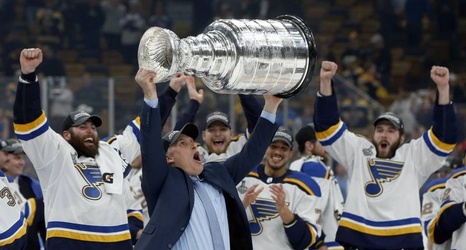 The St. Louis Blues celebrated their first Stanley Cup in franchise history Saturday with a massive parade in downtown St. Louis that was attended by an estimated 500,000 fans.

St. Louis entered the NHL as an expansion team in 1967, but it wasn't until the Blues beat the Boston Bruins 4-1 in Game 7 of the Stanley Cup Final on Wednesday that the Gateway City could call its team the Stanley Cup champions.

As seen in the following graphic of the parade route, the Blues celebrated down Market Street before addressing the fans on the Gateway Arch grounds: