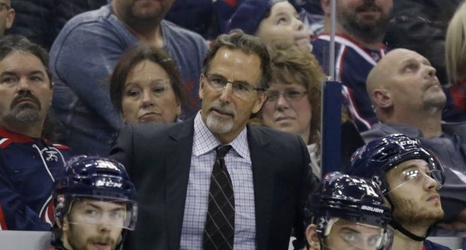 The Blue Jackets head coach laid into the game's officials when meeting with reporters afterward and expressed extreme disappointment in how the final seconds of overtime were handled. "So all this goddamn technology, right? The technology and getting things right...the stubbornness tonight, by the officials and by the league and Toronto, however it's supposed to goddamn work, screws us," Tortorella said, in part:

A furious John Tortorella on how he believes the officials mismanaged the clock at the end of overtime.