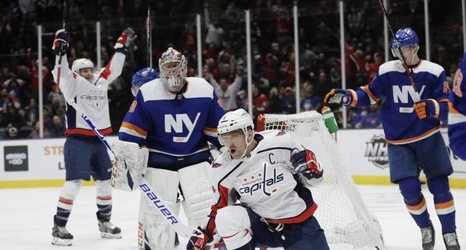 Washington Capitals winger Alexander Ovechkin continued to move up the NHL scoring chart Saturday, as his hat-trick moved him into 10th on the league's all-time goals list.

The 34-year-old, who now has 692 goals in his 15-year career, passed Pittsburgh Penguins legend Mario Lemieux with a third-period tally against the New York Islanders.

That goal sparked a four-goal run for the Capitals to come from behind and defeat the New York Islanders, which created an 11-point difference between the two sides in the Metropolitan Division.

While the spotlight rightfully belonged to Ovechkin, a few other of the game's top players, including Jonathan Toews of the Chicago Blackhawks, turned in spectacular Saturday performances.