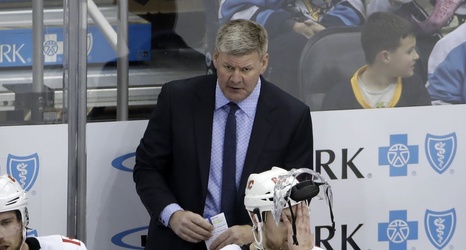 Aliu said on Twitter Peters "dropped the N bomb several times" in the locker room when he was a rookie with the Chicago Blackhawks in 2008-09:

Not very surprising the things we’re hearing about Babcock. Apple doesn’t fall far from the Tree, same sort of deal with his protege in YYC. Dropped the N bomb several times towards me in the dressing room in my rookie year because he didn’t like my choice of music.