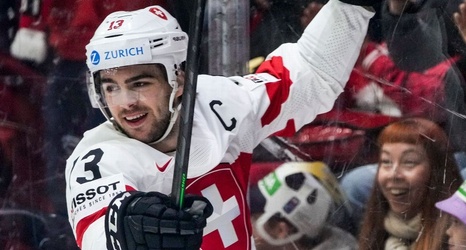 Gaudette was involved in all three Team USA goals. He scored the first for the Americans and assisted Winnipeg Jets defenseman Nate Schmidt on the second. The win improved Team USA's record to 4-1 overall, with its lone loss coming against host Finland.

Canada's four-game unbeaten start was ended by Switzerland, with captain Nico Hischier, a forward for the New Jersey Devils and a former NHL No.